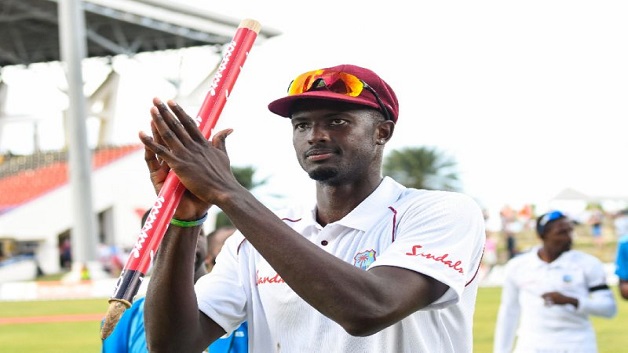 West Indies captain Jason Holder will play for Northamptonshire during the first part of the 2019 English season.

According to the Jamaica Observer Newspaper, Holder, 27, has led the West Indies to an un-assailable 2-0 lead in their ongoing three-Test series at home to England and is currently ranked as the world’s top all-rounder.

The towering fast-medium bowler and hard-hitting batsman will be available for Northamptonshire’s opening two County Championship matches and their first six One-Day Cup games, with Holder set to lead the West Indies in the World Cup in England later in the season.

Mr. Holder was quoted as saying by the Jamaica Observer Newspaper, that he is hopeful the opportunity will provide him a good opportunity of ac-climatising to English conditions and getting some time in the middle ahead of the World Cup in England.

Holder, banned from this week’s third Test in St Lucia as a result of cumulative slow over-rate offences, is set to arrive in England ahead of the new season to play in Northamptonshire’s opening second division County Championship match against Middlesex.