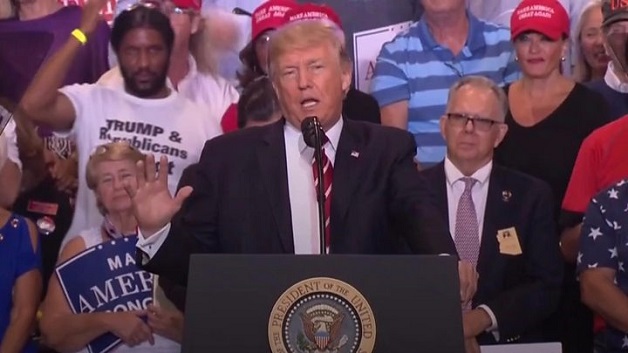 Donald Trump says he will close down the US government if necessary to build his wall along the Mexico border.

The president told supporters at a “Make America Great Again” rally in Phoenix, Arizona, that the opposition Democrats were being “obstructionist”.

President Trump wants Congress to finance his controversial plan to build a “big, beautiful” wall along the United States’ border with Mexico to keep out illegal immigrants.

But Republicans will need the support of Democrats to secure funding for the wall in a government spending bill, which they are unlikely to get.

In his speech, Mr Trump said the Democrats were “putting all of America’s safety at risk” by opposing the wall. He said immigration officers who worked in the area said it was “vital” to stem the flow of illegal immigrants.

According to BBC News, he said that, if it came to it, he would risk a government shutdown.

Capitol Hill is set to debate a new budget measure this autumn, and unless it is passed federal operations will be in limbo by October 1.