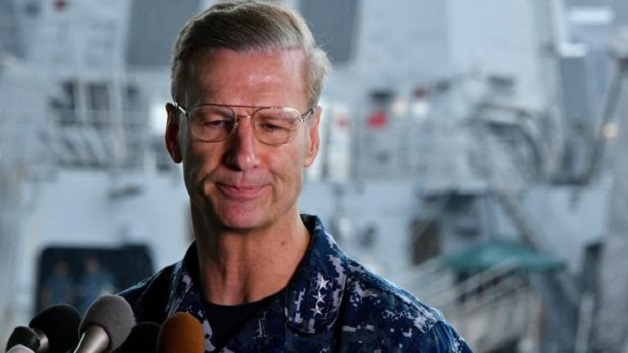 The US Navy has dismissed Vice Admiral Joseph Aucoin as commander of the Seventh Fleet following a string of collisions involving warships in Asia.

Ten sailors are still missing after the USS John S McCain collided with an oil tanker near Singapore on Monday.

Navy officials say human remains have since been found in sealed compartments on board the ship, which is now in port in Singapore.

The crash was the fourth such incident in a year.

According to BBC News, the Navy said in a statement that it had lost confidence in Vice Admiral Aucoin’s ability to command.