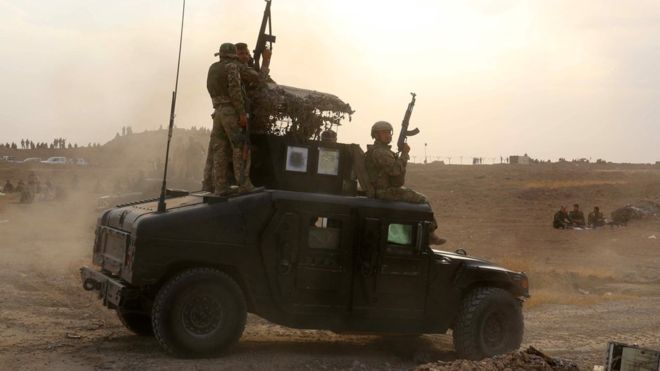 US-Iraqi forces have rescued dozens of hostages held by Islamic State in Iraq after learning of their “imminent execution”, the Pentagon has said.

But a US soldier wounded in the raid died of his injuries – the first killed in action since US operations against Islamic State began last year.

The early morning operation today took place near the town of Hawija in northern Iraq, according to a report by the BBC.

The pentagon said five Islamic State militants were captured and a number killed, in the raid that targeted an Islamic State-held prison, in the predominantly Kurdish province of Kirkuk.