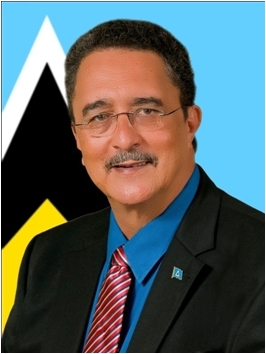 St. Lucia’s Prime Minister Dr. Kenny Antony said he is “warming” towards the idea of having a fixed date for elections.

Speaking on Monday during a programme aired on television, Dr. Anthony said this could help minimize a “mad scramble” in the months leading up to any general election.

According to the St. Lucia News Online, the prime minister said because of the uncertainty of the date of the poll, it can be very distracting thing “week after week and month after month” for political parties.

He said he has noticed that political parties have started to campaign far earlier, unlike the past, when politicians would wait until later to begin preparing for elections.

However, he said the only problem was that St. Lucia has a Westminster system of government, where it is usually left up to the Prime Minister to determine the date of an election.