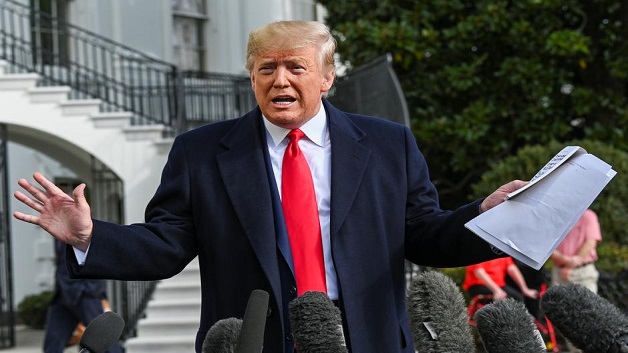 The White House has said US President Donald Trump and his lawyers will not attend an impeachment hearing on Wednesday, citing a lack of “fairness”.

The hearing by the House of Representatives Judiciary Committee marks the next stage of the probe, with legal experts giving testimony that could lead to a vote of impeachment.

It is alleged the president pressured Ukraine to conduct two investigations for his own political gain.

Mr. Trump has denied any wrongdoing.

After weeks of closed-door witness interviews and public hearings, the process will now focus on possible charges of misconduct, which could lead to an impeachment vote in the House and trial in the Republican-led Senate.

The Democratic-led inquiry centres on a phone call in July between Mr Trump and Ukrainian President Volodymyr Zelensky. Mr Trump has dismissed the process as a “witch hunt”.