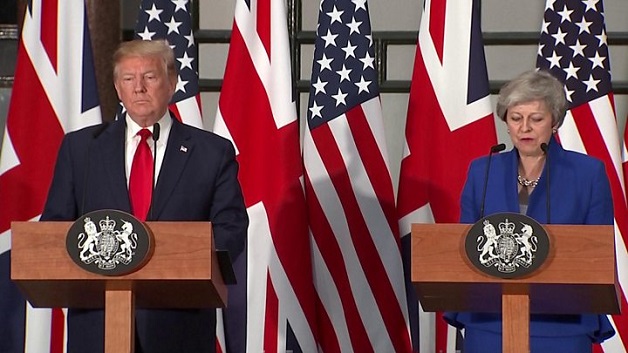 US President Donald Trump said the US and UK have the “greatest alliance the world has ever known” in a news conference with Theresa May.

The prime minister said they had a “great relationship” that they should “build on”.

Mrs May said they also “openly” discussed their differences, such as on climate change and business with Huawei.

As the two leaders paid tribute to the “special relationship”, Mr. Trump promised a “phenomenal” trade deal after the UK leaves the EU, suggesting it could double or treble trade.