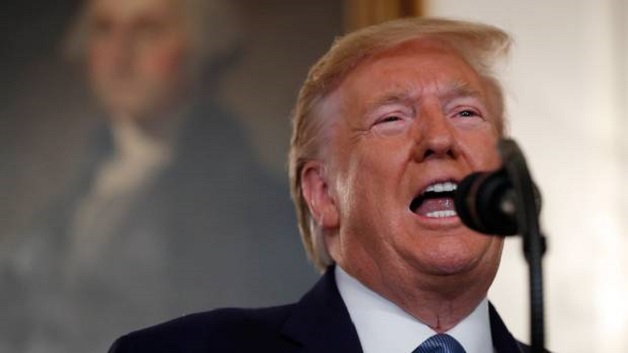 US President Donald Trump on Wednesday said that Turkey has said it is stopping combat and making a ceasefire in northern Syria permanent, prompting the United States to lift recent sanctions it had imposed on Turkish imports in response to the violence.

Trump said in a special address from the White House “The sanctions will be lifted unless something happens that they are not happy with,” where he also cast scepticism about the meaning of “permanent” in “that part of the world”.

Turkish President Recep Tayyip Erdogan says a deal has been reached with Russia for Kurdish fighters to withdraw from a Turkish-ruled “safe zone” in northeast Syria within 150 hours, after which Ankara and Moscow will run joint patrols around the area.

The announcement was made after marathon talks in Sochi between Erdogan and Russian President Vladimir Putin on Tuesday, hours before a United States-brokered five-day truce between Turkish and Kurdish-led forces was due to expire.