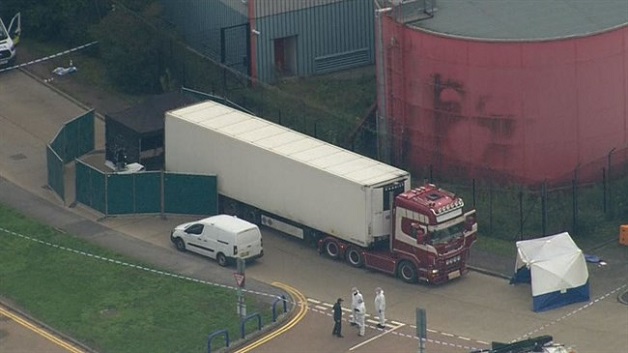 The bodies of 39 people have been found in a lorry container in Essex.

The vehicle, registered in Bulgaria, was found shortly before 01:40 BST at Waterglade Industrial Park in Grays, police said.

Essex Police moved the lorry to a secure location so the bodies inside could be recovered.

The lorry driver, named locally as Mo Robinson, 25, from the Portadown area of County Armagh, Northern Ireland, has been arrested on suspicion of murder.

Essex Police said the ferry carrying the lorry docked in the Thurrock area shortly after 00:30 and left about 35 minutes later.

Police believe the ship travelled from Zeebrugge, Belgium, into Purfleet on the River Thames.

Everyone inside the container, 38 adults and one teenager, died, Essex Police said.

Guyana Government to address influx of Venezuelans in border communities