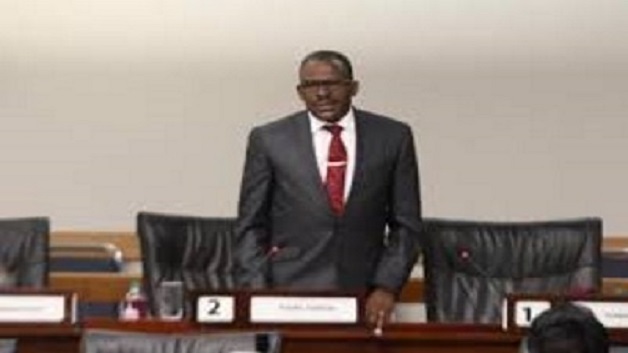 National Security Minister Edmund Dillon said the government believes a more “direct and strategic approach” is required to deal with the situation in Central Trinidad where rival gangs have been engaged in reprisal killings.

Speaking in the Senate on Tuesday, Dillon, told legislators that the principle of warfare calls for confrontation of force at the right time and place.

“This government believes that time is now. The place is Enterprise and the force will be one of utilizing all agencies of national security to deal with issues in that area,” Dillon said.

He said that the National Security Council (NSC) chaired by Prime Minister Dr. Keith Rowley “has in fact taken a decision to construct a police station in the middle of the Enterprise area in the shortest possible time.”

Since the last weekend, at least four people were shot and killed including 60-year old Sylvan Alexis, the older brother of the late reputed gang leader, Selwyn “Robocop” Alexis, who was murdered in Enterprise last year.