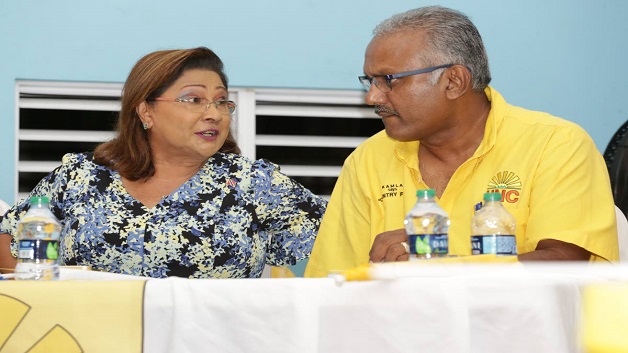 Trinidad and Tobago’s Opposition Leader Kamla Persad Bissessar has outlined a 24-month plan which she believes can save thousands of jobs at the state-owned Petrotrin refinery.

Speaking at the UNC’s Monday Night Forum in Claxton Bay, Persad-Bissessar said she plans to share her plans with the Oilfield Workers’ Trade Union.

Blaming the board of late Petrotrin chairman Malcolm Jones and a former PNM Cabinet for the company’s mis­for­tune, Persad-Bissessar proposed a 24-month plan, which includes the sourcing of cheaper supplies of crude.

As part of the immediate plan, she said all over­time should be curtailed for a 24-month period.

She also told Petrotrin workers that poor performance will not be acceptable.

Persad-Bissessar also said she planned to share the UNC’s plan with the union on how the US$750 million debt can be financed before sharing it with the public.