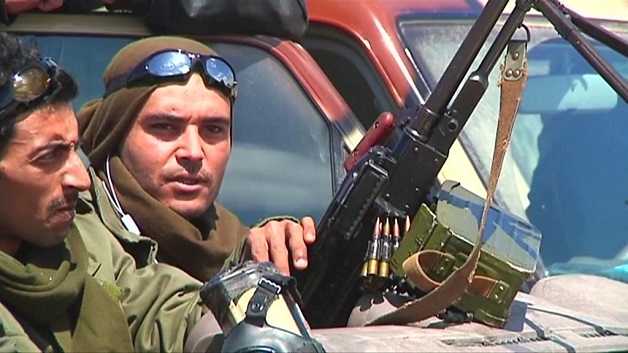 The United Nations says at least 2,800 people have fled from the fighting near Libya’s capital, Tripoli.

In a report, the organization says other civilians are trapped by the clashes and are cut off from vital emergency services.

It says forces under Gen Khalifa Haftar began an attack on the city last Thursday with aim of wresting it from Libya’s UN-backed government.

Prime Minister Fayez al-Serraj has accused Gen Haftar of attempting a coup and says rebels will be met with force.

Today there was an air strike at Tripoli’s only functioning airport, carried out by forces loyal to Gen Haftar.

One warplane hit militia targets based at the airport, an eyewitness told the BBC and passengers were seen evacuating the terminal shortly after as the airport announced online it was closing, Reuter’s news agency reports.

Libya has been torn by violence, political instability and power struggles since long-time ruler Muammar Gaddafi was deposed and killed in 2011.