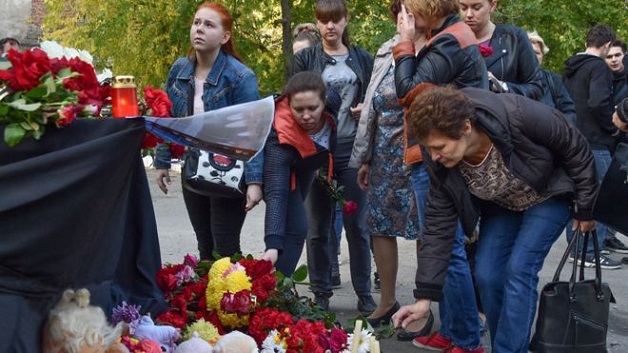 Three days of mourning are being observed from today in Crimea where students have been left with horrific injuries after a nail bomb went off at a college in the city of Kerch yesterday and a gunman opened fire with a rifle.

The death toll rose to 20 today when a teenage girl died of her wounds aboard an emergency helicopter.

Russia named the killer as Vladislav Roslyakov, age 18, who shot himself after the rampage at Kerch technical college.

Russian media report that some victims have had limbs amputated and the bomb blast injured 74 in total.

Crimea — a peninsula surrounded by the Black Sea and the Sea of Azov — was annexed by Russia from Ukraine in 2014.

Its Russian-backed leader, Sergei Aksyonov, said today that the gunman had acted alone but must have had help in advance.

A huge nail-bomb blast ripped through the college’s cafeteria, before the killer stormed through the building, shooting people at close range with a hunting rifle.

School children to be given an opportunity to contribute a dollar towards hurricane Irma...