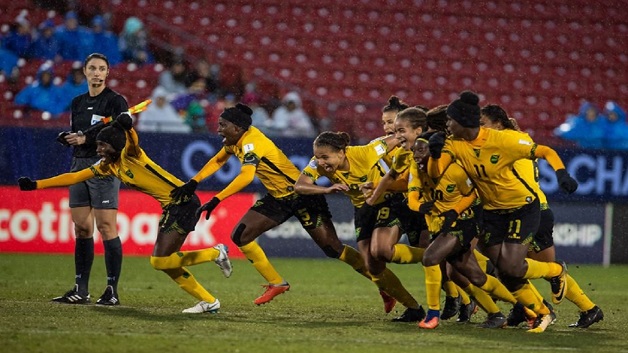 Jamaica earned a spot in next year’s Women’s World Cup on penalties after a 2-2 draw with Panama yesterday in the third-place at the CONCACAF qualifying tournament.

Both teams were vying for a first-ever trip to soccer’s premier tournament. Panama still has a chance to qualify in a two-legged playoff with Argentina.

The United States was set to play Canada in the championship match Wednesday night at Toyota Stadium. Both the United States and Canada already booked spots in the World Cup with wins in the semifinals. The top three finishers in the tournament earn berths.

The Reggae Girlz, ranked No. 64 in the world, is the first Caribbean team to earn a spot in the World Cup. The island nation re-started its women’s national team program in 2014 after a six-year hiatus, boosted by the support of Bob Marley’s oldest daughter, Cedella Marley.

Chiellini, age 34, studied for a degree in economics and a Masters in business administration at Turin University at the same time as winning seven straight Serie A titles with Juventus from 2012.

“Studying helped me relieve some of the pressure in the world of football, and kept my brain sharp,” said the Juventus captain.

But only 13 per cent of footballers have a higher education compared to 53 per cent of men in Europe, says FIFPro.

Government committed to the development of local ports of entry