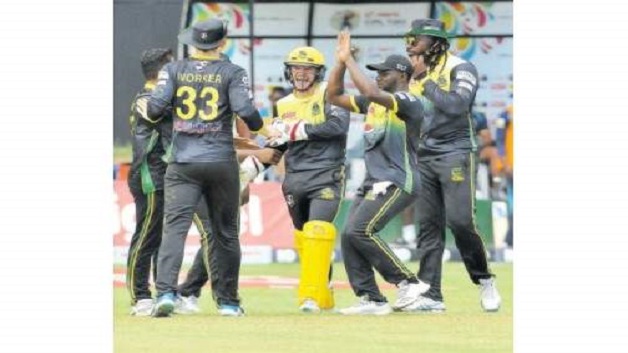 With a four-match losing skid broken, Jamaica Tallawahs are hoping to push on when they face Hero Caribbean Premier League (CPL) leaders Guyana Amazon Warriors at Sabina Park today. The game, the fourth of the Tallawahs’ five home fixtures, is scheduled for 7:00 pm.

Chadwick Walton played a match-winning, captain’s knock in leading the Tallawahs to their first win of the campaign — a four-wicket result over Barbados Tridents on Sunday. The 34-year-old Walton scored an unbeaten 42-ball 51 to guide the Tallawahs to 145-6 in 18.3 overs, after they had restricted the Tridents to 140-9 in their 20-over allotment.

The Tallawahs remain at the foot of the six-team standing on two points with an inferior net run rate after conceding 1011 runs in five games, while scoring 951. They suffered 22- and 41-run defeats to Trinbago Knight Riders, as well as four- and five-wicket losses to St Kitts and Nevis Patriots and St Lucia Zouks, respectively.

They will be seeking to put a dent in the Guyana Amazon Warriors’ unbeaten record. They are top of the pile on eight points. Ramnaresh Sarwan, the Tallawahs assistant coach, said the mood in the camp is buoyant.

“We are very confident, as you said, we got the monkey off our back it’s just for us now to continue with the momentum and I think once we can run with that momentum we will be good,” he said.

Sarwan noted that they continue to monitor the readiness of star all-rounder Andre Russell after he was struck on the head while batting against St Lucia Zouks last week at Sabina Park.

“He [Russell] has been going through testing and everything seems to be OK at this time so we just have to wait and see what happens tomorrow and then we will see,” said the assistant coach.