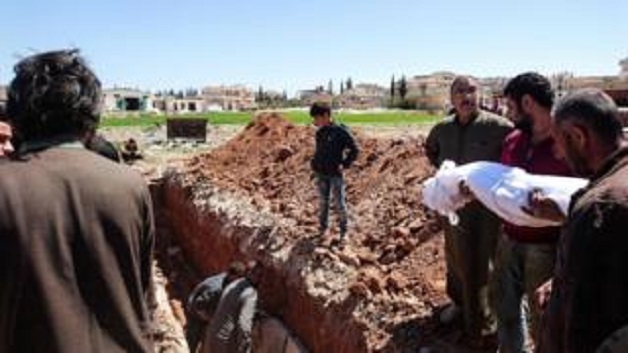 The Syrian foreign minister has set out conditions for any UN investigation into the deaths of dozens of people from a chemical agent on Tuesday.

Walid Muallem told the BBC it would have to be non-political, involve “many countries” and “start from Damascus” before his government could accept.

He denied Syria had dropped chemical weapons from the air, despite facing widespread scepticism.

The UN’s child agency has confirmed that at least 27 children were killed.

A UK-based monitoring group, the Syrian Observatory for Human Rights, reported earlier that 86 people had died in the chemical incident in Khan Sheikhoun, Idlib province.

Russia, one of Syrian President Bashar al-Assad’s few allies, was challenged by the US and UK at the UN Security Council on Wednesday when it sought to argue the mass poisoning had been caused by the rebels’ own chemical weapons.