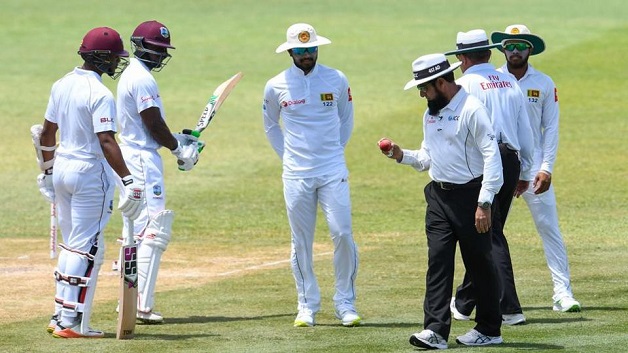 Sri Lanka captain Dinesh Chandimal was charged by the International Cricket Council (ICC) over ball-tampering in the second Test against the West Indies in St. Lucia.

Play started two hours late on Saturday after the Sri Lankans, led by Chandimal, refused to take the field following a decision by umpires Aleem Dar and Ian Gould to charge the tourists with altering the state of the ball during the latter stages of Friday’s play.

Sri Lanka had already been handed five penalty runs on Saturday, although that relatively minor punishment was inconsequential compared to the Sri Lankans’ obvious anger at being accused of what amounts to cheating.

Meanwhile, Russia today charged two drunk England fans with minor offences over their unruly behaviour on a train to a city where their national team are to play Tunisia.

The incident comes as England is set to play its first World Cup match in Russia.

Rescue bid in Black Sea as ship splits in two