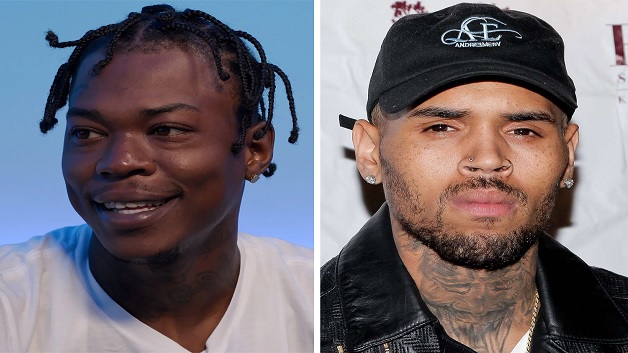 Dancehall artist Skillibeng is set to join Grammy-winning phenomenon Chris Brown on his European ‘Under The Influence’ tour for 2023.

Breezy broke the news via Instagram today (December 6, 2022) with a poster showing all the dates and locations for the tour.  “Tickets on sale Friday. I’m bringing my brother @skillibeng on tour…. starting the year off wit a bang! See you there,” the US superstar wrote.

The 13-date stretch, produced by Live Nation, kicks off on Sunday, 12 February at Dublin’s 3Arena, before snaking through France, Switzerland, Germany, and Belgium. The tour will climax in the Netherlands at Ziggo Dome on Monday, 6 March.

Chris Brown, who has been a mainstay in the R&B and pop music scene for over a decade, is known for his captivating live performances, smooth vocals, and impressive dance moves.

The singer has racked up 50 top 40 entries on the Billboard Hot 100, including the track Under The Influence, which peaked at No. 14.

Brown recently won the award for Favourite Male R&B Artist at the 2022 AMAs, and Best R&B/Soul Male artist at the Soul Train Awards 2022, and his 10th album Breezy is nominated for Best R&B Album at the 2023 Grammy Awards.

He is undoubtedly a fan of Skilli, and if there were any doubts in anyone’s mind, a recent video of the Back To Sleep singer vibing to Skilli’s hit Whap Whap would’ve definitely confirmed it.

Brown is signed to RCA Records, the label to which Skilli is also signed, in partnership with Eastsyde Records.