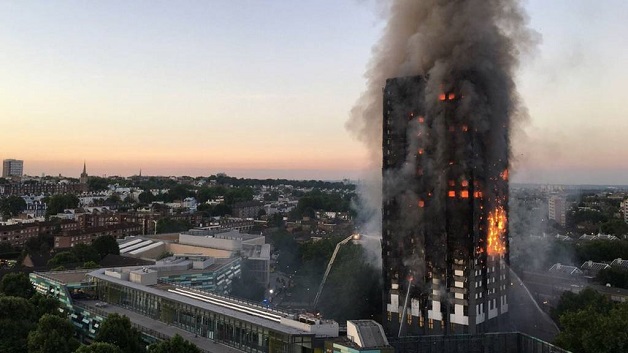 At least six people have died after a huge fire raged through the night at a west London 24-storey tower block, and police expect that number to rise.

Eyewitnesses described people trapped in the burning Grenfell Tower, in north Kensington, screaming for help and yelling for their children to be saved.

Police say there may still be people in the building who are unaccounted for.

According to BBC News, the ambulance service said 68 patients had been taken to six hospitals across London, with 18 in critical care. A further 10 patients made their own way to hospital.