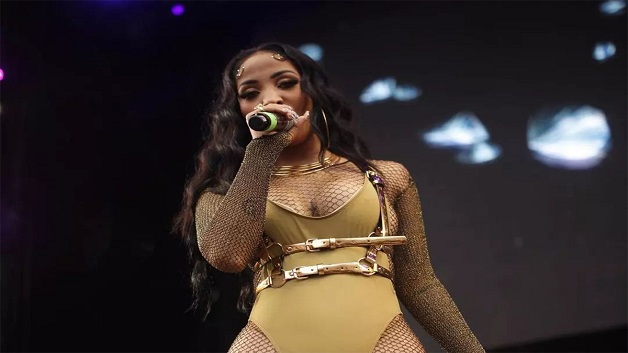 Shenseea and Skillibeng represented for Jamaica at Hot 97 Summer Jam in New Jersey on Sunday (June 12).

The 25-year-old Shenseea interacted with the early audience and opened her set with Blessed.  Though her performance wasn’t long, she made sure to let her audience know that she is from Jamaica. Before exiting, she performed Lick and a dancehall favorite, Rebel.

This is her second time performing at Summer Jam.

Skillibeng made his Summer Jam debut by way of the self-styled King of New York rapper Fivio Foreign to the pleasant surprise of many. While Skilli was not billed to perform like Shenseea, he delivered an energetic rendition of his Whap Whap remix with Foreign.  The song also features rapper French Montana. Clips of both the performances by the Jamaican artists were posted to Hot 97’s Instagram page to the proud delight of many Jamaicans.