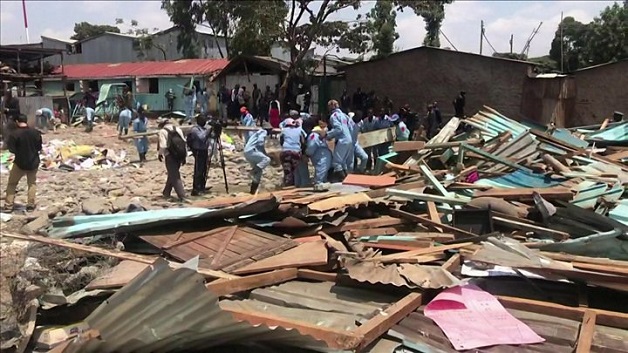 At least seven children have died and 64 injured after a classroom collapsed at a primary school in the Kenyan capital Nairobi.

According to the BBC, the wooden structure at Precious Talent Top School collapsed just minutes after the start of the school day this morning.

Dozens of people were injured and have been taken to hospital in the city. Rescuers have reportedly had difficulty getting to the school because of the large crowds that have gathered nearby.

The school’s director, Moses Ndirangu, has blamed the collapse on the construction of a nearby sewer which he says may have weakened the foundations of the building.

But one architect, Professor Alfred Omenya, stated that the school was poorly built and was a “disaster waiting to happen”.

British Foreign Secretary appeals to US President not to pull out of Iran’s nuclear...

Arrests made in connection with theft of laptops from St. Joseph Convent Marriaqua