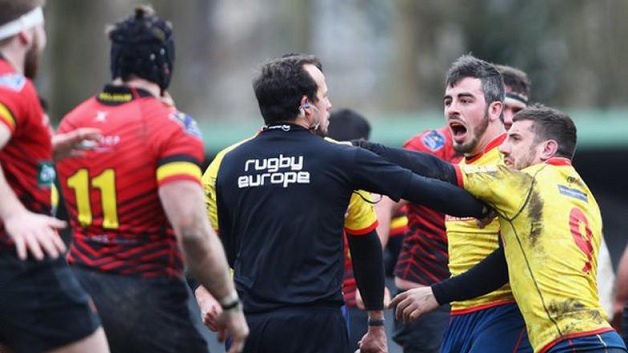 Romania qualified for the 2019 Rugby World Cup after Spain suffered a shock 18-10 loss to Belgium, with ugly scenes marring the end of yesterday’s match.

Spain had looked set to qualify for the first time since 1999, but their defeat in Brussels handed Romania the automatic European qualifying spot.

Spain must now beat Portugal in a playoff to maintain any hopes of reaching the 2019 tournament in Japan, with the winner facing Samoa in a two-legged tie.

Meanwhile, Cristiano Ronaldo scored the 50th hat-trick of his career as Real Madrid beat Girona to move up to third in La Liga.

The result takes Real, Spanish champions last season, above Valencia but they are still four points behind city rivals Atletico, and 15 points behind leaders Barcelona.