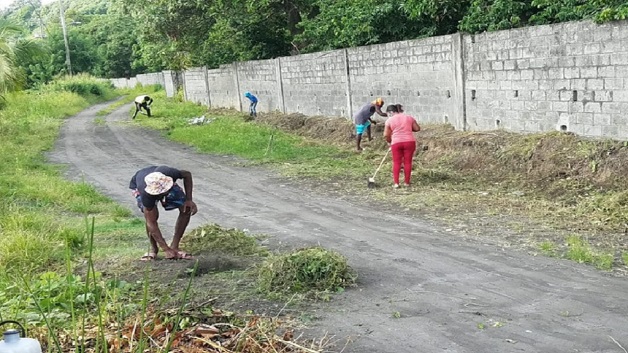 Workers on the road cleaning program will be paid $50 a day this time around, an increase from the just over $46 per day they were previously paid.

This was disclosed by Acting Prime Minister Montgomery Daniel, earlier this week.

“What is important here is that these monies have been derived from the VEEP program, that’s the volcano emergency program, of which, we were able to negotiate the rate at $50 per day for the workers going out on the road. Of course, under BRAGSA, the rate per day was just over $46 per day. So there has been an increase in terms of the rate, as we were able to negotiate under this program,” Daniel said.

Minister Daniel announced that workers under the road cleaning programme will now be paid via bank cards instead of standing in lines.

The island-wide initiative will see the employment of over 6,000 persons in all fifteen constituencies.

This will include 491 gangs and 1,000 Jobbers, who will be responsible for the cleaning of roads and drains, as well as the cutting of trees.

Contracts will also be given to over 100 truckers and conductors.