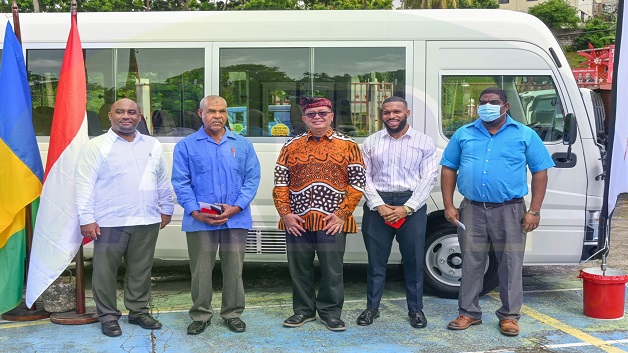 Travel to and from school for North Windward and North Leeward students has been easier thanks to two new school buses that were recently added to the Ministry of Transport’s fleet.

This is according to Acting Prime Minister, and Minister of Transport Montgomery Daniel while speaking on radio this week.

Minister Daniel said the addition of these two buses was made possible through the Indonesian Government.

“Of these two school buses—one would go to North Windward and would go to North Leeward, these of course would help to strengthen the request of the families that have children coming into Kingstown for school in September,” Daniel said.

The Transport Minister said that during discussions with the Transport Officer within the Ministry of Transport he was informed that there have been requests for transportation via the bus from as far as Fancy. Going on to say that they are still planning which is the most feasible way forward in terms of providing this service.

The capacities of the two new buses are 22 and 30 seats. The Transport Minister said it was intended for both buses to have a capacity of 30 but due to supply chain issues that was not possible.