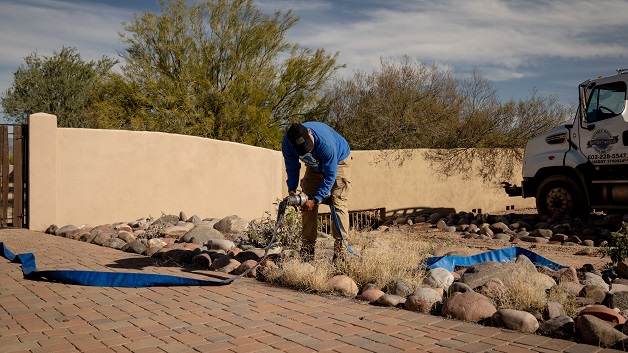 Residents in a town in the US state of Arizona are skipping showers and using rainwater-powered toilets in order to adapt as it battles to cope without water.

Rio Verde Foothills, a suburb of Scottsdale, was cut off from the city’s water supply on 1 January.

The controversial move left hundreds without access to running water, prompting residents to file a lawsuit demanding that services be restored, the BBC reports.

Scottsdale argues that it bears no responsibility for Rio Verde.

In a statement published on 16 January, the city of Scottsdale said that it had for years “warned and advised” Rio Verde – which is governed by nearby Maricopa County – that it could not depend on the city’s water supply, particularly during periods of drought.

“The city remains firm in that position, and confident that it is on the right side of the law,” the statement added.

The shut-off has left about 500 homes scrambling for solutions as the last of the Scottsdale water supply delivered to tanks in their yards dwindles.

Kenyan policemen given decades-long sentences for murder of lawyer

US secures four additional military bases in the Philippines