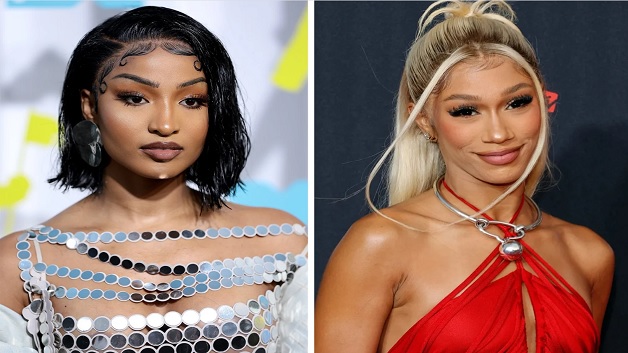 US rapper BIA has hinted that Jamaican starlet Shenseea may appear on her upcoming debut studio album.

Over the weekend, the Whole Lotta Money rapper tweeted photos of some studio time with New York music producer Lil Rich. In one of the shots, the producer held up a whiteboard with what appeared to be the tracklist of the “BIA Album,” but the titles were all scratched out.

Under close inspection, however, Shenseea’s name was spotted on the lower part of the board despite being partially marked out too.

Though BIA didn’t say much in the Tweet, Lil Rich re-shared the images and announced that “the album is coming.”

This will be the first full-length studio album from BIA, who is of Puerto Rican and Italian descent.

Her two previous EPs are Nice Girls Finish Last: Cuidado, and For Certain, which spawned her hit single Whole Lotta Money that was later remixed with Nicki Minaj and reached No. 16 on the Billboard Hot 100.

Bia and Shenseea have been seen hanging out together in the past, including when the rapper sang Whole Lotta Money at the Blessed singer’s ALPHA album release party at The Stafford Room at Harbor NYC back in March.