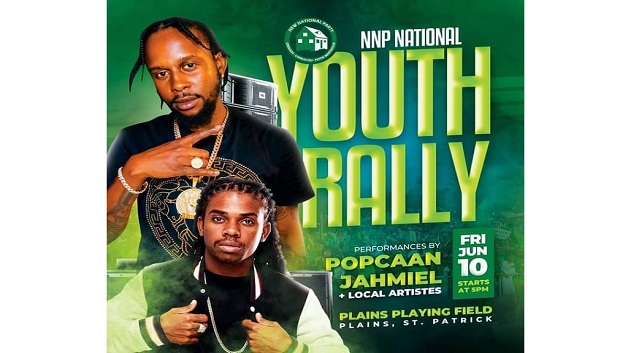 Dancehall stars Popcaan and Jahmiel will be the headlining acts at Grenada’s New National Party (NNP) Youth Rally on the island tomorrow (June 10, 2022).

The Unruly Boss, who is seemingly excited about tomorrow’s stint and has posted several snaps to his IG story en route to the eastern Caribbean island, is accompanied by Miss World 2019 Toni-Ann Singh.

Unlike Popcaan, Jahmiel made a subtle post to his Instagram feed to indicate that he will be in Grenada for the rally.

The event, which is slated for Plains Playing Field in St Patrick, comes ahead of the country’s general elections on June 23, 2022, where the NNP will go up against the National Democratic Congress (NDC).

Friday’s youth rally has been widely advertised on social media by the NNP’s team through a well-decorated flyer with all the expected acts on the lineup.