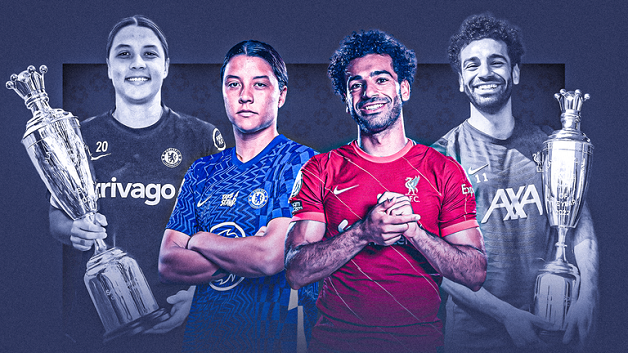 Liverpool’s Mohamed Salah and Chelsea’s Sam Kerr have won the men’s and women’s PFA players’ player of the year awards.

The pair won the Golden Boot in 2021-22 as top scorer in the Premier League and Women’s Super League respectively.

Lauren Hemp, 21, who plays for City in the WSL, was named the young player of the season for a record-breaking fourth season in a row.

That makes the England international the most decorated PFA award winner ever across all categories.