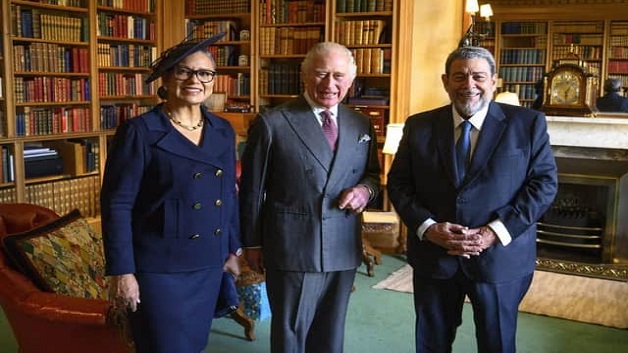 It took place in the Library at Balmoral Castle in Scotland.

The monarch was pictured smiling and shaking hands with Prime Minister Gonsalves and greeted his wife Eloise Gonsalves.

Prime Minister Gonsalves earlier this year in July suggested a single-item referendum, asking the people of St Vincent and the Grenadines to decide whether or not to replace the monarch with a non-executive, home-grown president as head of state.

He also told the Parliament he would only pursue the referendum if there’s bipartisan support.

Prime Minister Gonsalves is a familiar face for the monarch as the Caribbean leader and the King have had warm exchanges in the past.