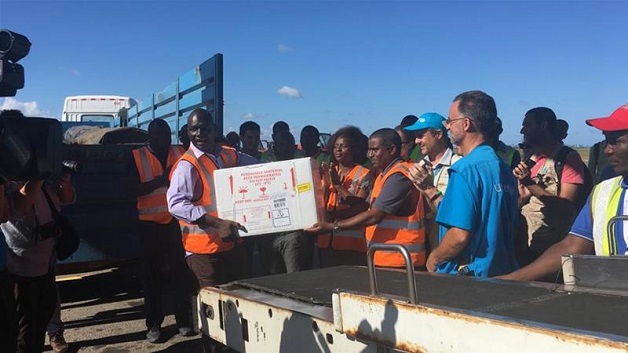 The number of cholera cases in cyclone-hit Mozambique has risen sharply in communities affected by flooding.

Health officials told journalists in the coastal city of Beira that at least 1,428 people have been infected as the Mozambican government and aid agencies try to contain the outbreak

The cholera outbreak has grown rapidly since 249 cases were reported last week. At least 376 new cases were discovered yesterday, most of them in Beira city, as the infection rate continue to increase daily.

A powerful Cyclone crashed into Mozambique on March 14, causing catastrophic flooding which has killed more than 500 people in the country.

At least 259 people have been killed in Zimbabwe and 56 in Malawi. Officials in Mozambique have warned the toll is likely to increase as more bodies are expected to be found when the flood waters recede.

The United Nations has said some 1.8 million people are in need of urgent humanitarian assistance.