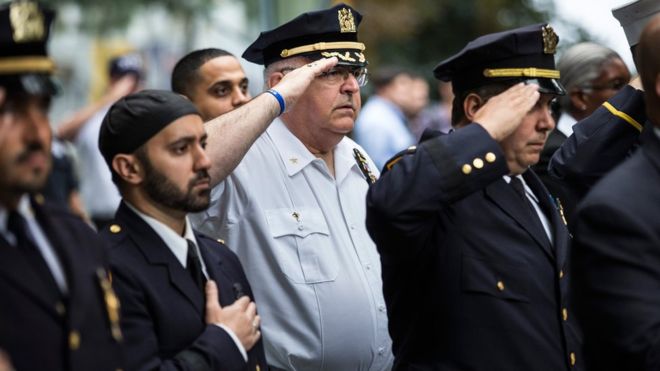 Two moments of silence have been held in New York at the exact time 14 years ago that the two planes struck the towers of the World Trade Center.

According to BBC News, Families of victims of the 2001 World Trade Center attack read out their names at Ground Zero, where the towers fell.

A flag was raised at a ceremony at the Pentagon in Virginia, where a third plane crashed, killing 184 people, while, Secretary of Homeland Security Jeh Johnson is due to speak in Shanksville, Pennsylvania, where a fourth plane had crashed.

Zero Hunger Trust Fund to be established in this country’s thrust towards achieving zero...