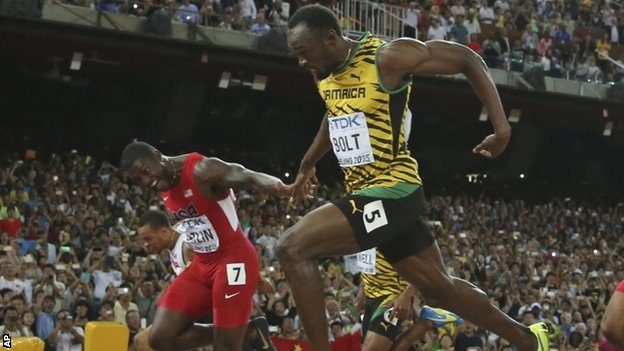 Justin Gatlin believes he can still beat sprint rival Usain Bolt, despite two defeats by the Jamaican at the recent World Championships in Beijing.

Speaking yesterday ahead of the season-ending IAAF Diamond League meet in Brussels, Belgium, Gatlin said he was already eyeing next year’s Olympics in Rio.

The 33 year old American has run personal bests for the 100metre and 200metre this season – and says he can still go faster.

Gatlin returns to action in today’s Diamond League meeting in Brussels where he will compete in both sprints.

Police Officer captures Bachelor’s of Science from Jamaican based University