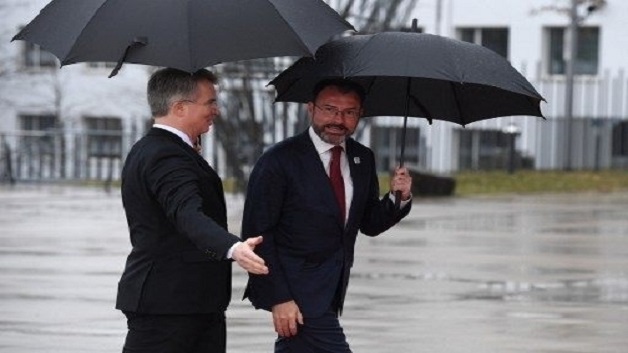 Mexico vowed not to let the United States impose migration reforms on it as its leaders prepared today to host US officials who are cracking down on illegal immigrants.

Foreign Minister Luis Videgaray sharpened the tone as he prepared for talks following a diplomatic row over President Donald Trump’s hard line on trade and immigration.

Trump has outraged Mexico by vowing to build a wall along the border to keep out migrants from Latin America, whom he branded rapists and criminals during his presidential campaign.

His government has issued new orders to begin arresting and deporting illegal immigrants, many of them Mexicans.

Mexico’s Foreign Minister said yesterday that Mexico would use “all legally possible means” to defend Mexicans living abroad, including potentially appealing to the United Nations.

US to investigate officer-pupil clash in South Carolina

Barbados Prime Minister serves notice there will be no early elections