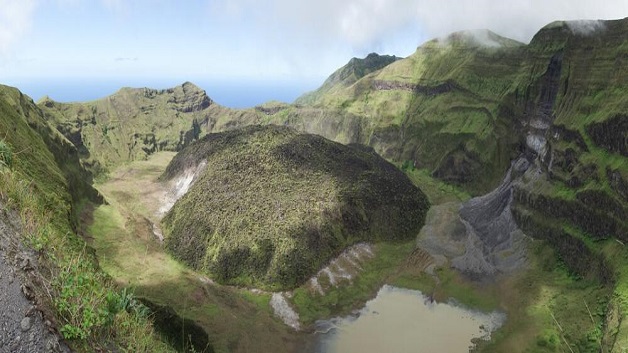 The National Emergency Management Organization (NEMO) says that although La Soufriere has been quiet for some time, it is still an active volcano and will erupt again.

As a consequence NEMO in collaboration with the Seismic Research Centre (SRC) of The University of the West Indies, the Soufriere Monitoring Unit (SMU) and the Forestry Division are seeking to raise awareness of the risk and science associated with an active volcano.

NEMO said in a release that citizens should know where they live in relation to the volcano and in which hazard zone they are located.

It said the April 13, 1979 eruption demonstrated that the volcano can move from unrest to full scale eruption within 48 hours, a reminder of the importance of having a family emergency plan so that families can evacuate at short notice.

The UWI Seismic Research Centre is the agency responsible for monitoring earthquakes, volcanoes and tsunamis in the English-speaking Eastern Caribbean and Scientists there are constantly monitoring La Soufriere and any changes in activity are immediately communicated to NEMO and the Soufriere Monitoring Unit.

Persons are reminded that tampering with volcano monitoring equipment such as solar panels, may prevent scientists from issuing timely warnings, thereby putting the population at risk.

Dominica Prime Minister says his Government will not be overthrown