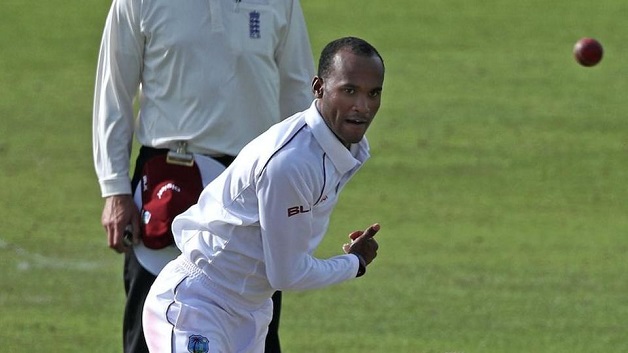 West Indies off-spinner, Kraigg Brathwaite, has been cleared to bowl in international cricket after having his action approved by the International Cricket Council (ICC).

In a release yesterday, the world governing body said the 24-year-old Barbadian’s action had been “found to be legal and the player can continue bowling in international cricket.”

The assessment of Braithwaite’s action at the Loughborough testing centre in England last month confirmed that the elbow extension for all of his deliveries were within the approved 15-degree level of tolerance.

Brathwaite was reported to the ICC following the day/night first Test at Edgbaston a month ago when West Indies slumped to an innings and 209-run defeat inside three days.

Known more for his prolific scoring at the top of the order, Brathwaite struck 134 and 95 in the second Test at Headingley to help West Indies square the three-match series with a five-wicket victory.

The tourists lost the final Test at Lord’s by nine wickets.