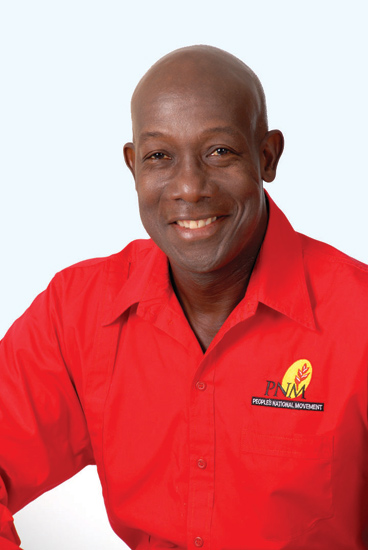 Leader of the People’s National Movement (PNM), Dr. Keith Rowley, says he intends to be a prime minister for the entire country after his party won the general election in Trinidad and Tobago yesterday.

“I will make every effort to rekindle the feeling of nationalism in Trinidad and Tobago..all of us should be proud that we are citizens of Trinidad and Tobago,” Rowley told jubilant supporters as the party carved out a 23-18 victory in the poll.

Outgoing Prime Minister Kamla Persad-Bissessar conceded at midnight, speaking after Rowley made his victory speech. She said the people’s wishes must be respected as the people had chosen.

Both Persad-Bissessar and Rowley easily retained the seats they had in Parliament over the past two decades.