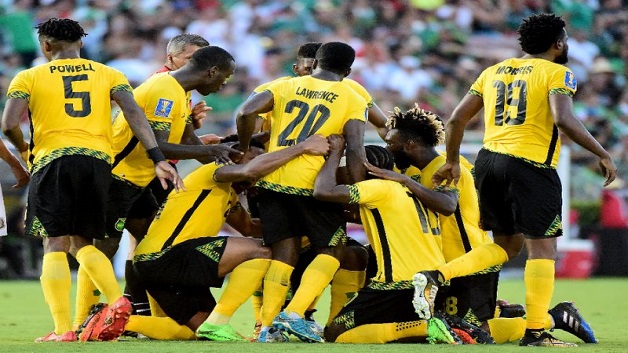 With the contest at the Rose Bowl locked nil-all and seemingly headed for extra time, Lawrence stepped up in the 88th minute to curl a left-booter past goalkeeper Jesus Corona, and hand the Jamaicans their first win over Mexico in eight Gold Cup meetings.
They will now meet the United States who beat Costa Rica 2-NIL in the other semi-final at the AT&T Stadium in Arlington, Texas.

Reggae Boyz captain and goalkeeper, Andre Blake, again voted Man-of-the-Match for another spectacular performance between the uprights, said organisation had been key to the Caribbean side’s victory.

Kraigg Brathwaite delivers as Windies draw against New Zealand A