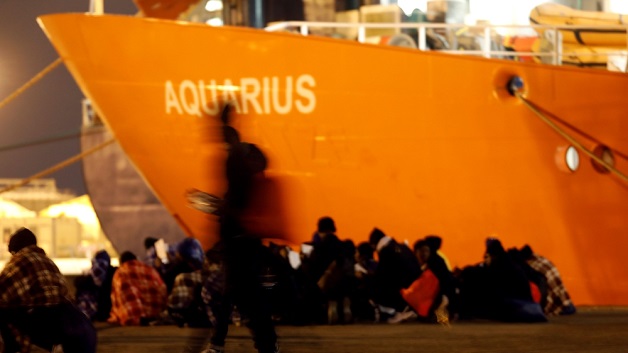 A rescue boat carrying more than 600 refugees and migrants has been told to stay put in the Mediterranean Sea by Italian maritime authorities.

The MV Aquarius, which is operated by Doctors Without Borders (MSF), was as of Monday holding its position 27 nautical miles from Malta and 35 nautical miles from Italy, after the new Italian populist government refused it docking rights on its territory.
“From now also Italy begins to say NO to the traffic of human beings, NO to the business of illegal immigration,” said Matteo Salvini, the head of the far-right League party and the country’s new interior minister.

According to Al Jazeera news, Italy has asked that those on board are made to disembark in Malta, a fellow European Union (EU) member state. Malta, however, said it had nothing to do with the rescue operation, opening the prospect of a diplomatic standoff between the two EU allies.

The boat is carrying 123 unaccompanied minors and seven pregnant women, according to MSF.