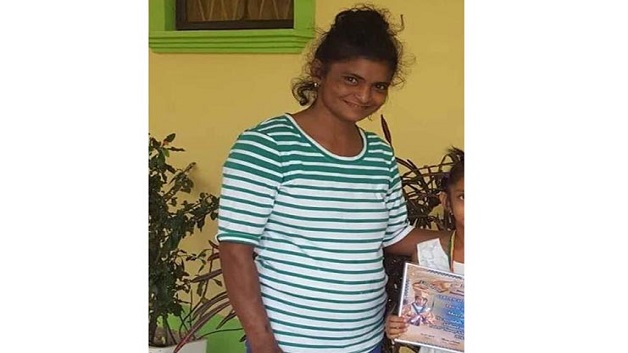 After reportedly suffering over 20 years of abuse at the hands of her husband, a 40-year-old domestic worker drew her last breath Saturday evening at the New Amsterdam Hospital in Guyana after being admitted six days ago in an unconscious state.

She was admitted to hospital after she had complained of severe pain after being allegedly kicked in the abdomen, cuffed to her face and neck and beaten about her body, including her head, at the hands of her husband.

She was taken to the Skeldon Hospital where she was being treated, but after her condition took a turn for the worse and she started slipping in and out of consciousness, she was subsequently transferred to the New Amsterdam Hospital on Friday, but eventually died Saturday night.

According to the Guyana Chronicle, the couple had shared a 20-year relationship which bore three children, two of whom are now deceased.

Sabita’s relatives are calling for justice and are appealing to other women who may be in similar situations to speak out and try to get out of abusive relationships before it is too late.