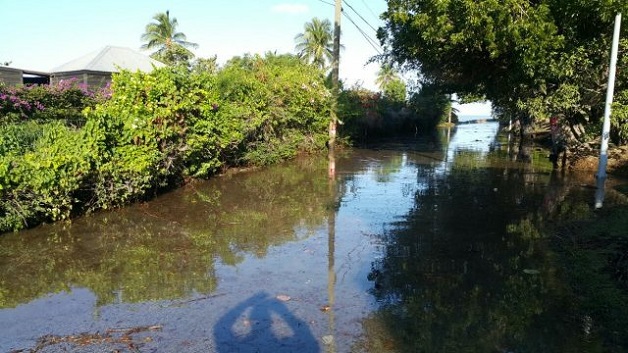 The Barbados-based Caribbean Institute for Meteorology and Hydrology (CIMH) says there is a potential for flooding and flash floods across the region during the next three months even as the rainfall totals are forecast to be the usual or lower for the peak of the wet season.

In its latest outlook for the period August to October this year, CIMH’s Caribbean Regional Climate Outlook Forum (CariCOF) noted that with cooler ocean temperatures than in recent years, the warmest part of the year is not forecast to be excessively hot and the number of heat waves should remain low, limiting heat stress.

“Rainfall totals are forecast to be the usual or lower for the peak of the wet season with less wet days than usual, except in the ABC Islands (Aruba, Bonaire, Curacao) and Guianas which are in their dry season”.

It said that a number of short dry spells is likely in most areas except for Belize and the Lesser Antilles and that “there is “a potential for flooding and flash floods across the region.”

According to CariCOF, rainfall totals from August to October are likely to be the usual or drier across the region and regarding the current drought situation, short term drought is seen in Barbados and southernmost Hispaniola.

It said that shorter term drought is evolving in northern Belize and may possibly develop in Barbados, northern French Guiana, Grenada, Haiti, St Vincent and Suriname, while long term drought is evolving in Antigua and St Kitts and may possibly develop in north-western Belize, Cayman Islands, Guadeloupe, eastern Jamaica and south-eastern Puerto Rico.

In its climate outlook for the period November to January next year, CariCOF said there are relatively strong indications that an El Niño will be in place during this period.

Zika cases in Caribbean on the decline, but war on mosquitoes far from over