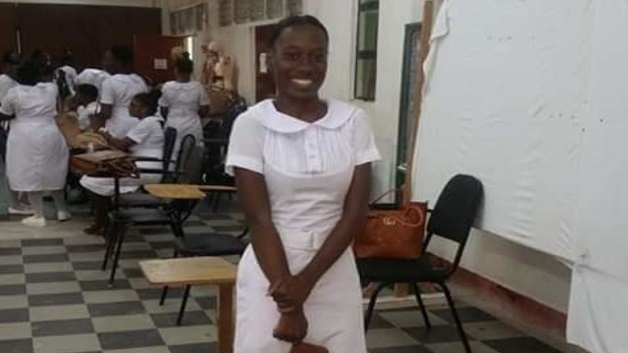 Student Nurse, Denauta Phillips of Guyana who last Friday splashed hot water on another woman, yesterday faced the court and was granted bail.

The woman, dressed in her uniform, appeared before Magistrate Wonda Fortune to face the charge that she unlawfully wounded Shanyce Bynoe.

Phillips pleaded not guilty and was defended by Attorney-at-Law Yondessa Welcome- Mercurius.

Phillips landed herself in court after she threw hot water on Bynoe during an altercation over a young man.

According to News Room Guyana, Phillips who is attached to the Charles Rosa School of Nursing visited the man’s house when the other woman, Bynoe, also showed up.

It is alleged that the young Phillips became jealous and attacked Bynoe with a pot of hot water fused with salt.