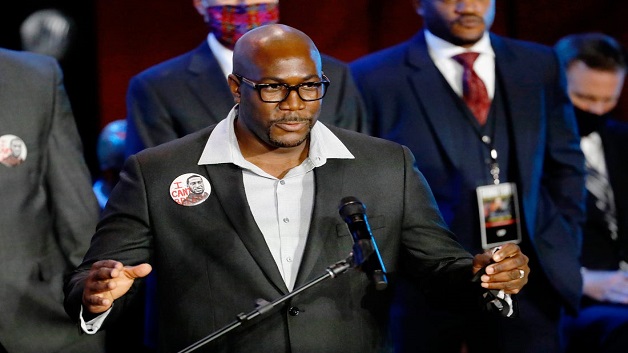 The police killing of George Floyd has triggered anti-racism protests around the world.

A number of monuments with links to colonialism and slavery have either been defaced or pulled down in Europe and the United States as protests continue for racial justice.

Floyd’s brother, Philonise Floyd, will testify before the House of Representatives Judiciary Committee, along with family lawyer Ben Crump and 10 others at the first congressional hearing to examine the social and political undercurrents that have fuelled weeks of protests nationwide and overseas.

The Judiciary panel is preparing to shepherd a sweeping package of legislation, aimed at combating police violence and racial injustice, to the House floor by July 4, and is expected to hold further hearings next week to prepare the bill for a full House vote.

The Democratic-led congressional panel will take on the twin issues of police violence and racial injustice.

The death of Floyd, who died after a policeman knelt on his neck for nearly nine minutes, has sparked nationwide calls for policing reforms.

Guyana to re-open international airports in phased measures in July