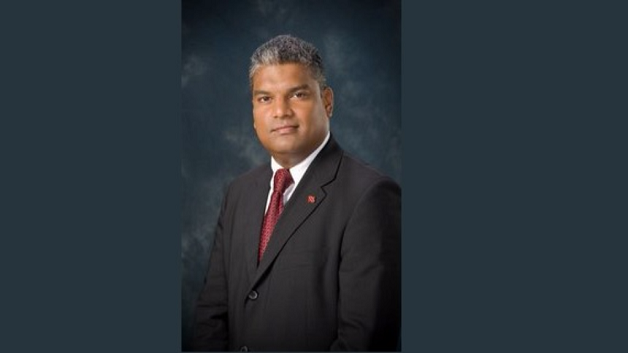 Former Trinidad and Tobago Attorney General Anand Ramlogan was detained at the Police Administration Building in Port of Spain and questioned by officers of the Professional Standards Bureau yesterday on allegations of perversion of the course of justice and misbehaviour in public office.

Ramlogan was escorted by police from his South Trinidad home early yesterday morning and questioned for more than 12 hours.

Up to last night, he was still being questioned by investigators.

Head of the Police Complaints Authority (PCA) David West had alleged that Ramlogan, in a phone call six days before he was appointed to the PCA, “asked” him to withdraw as a witness in a matter involving then-opposition leader Dr. Keith Rowley.

Ramlogan has denied he made such a request.