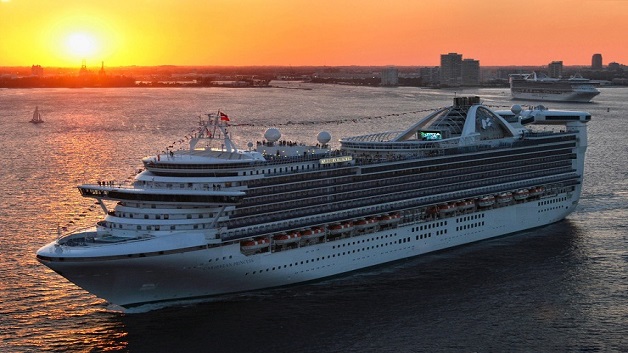 The United States Department of Justice (DOJ) says a Caribbean cruise line has been ordered to pay a US$40 million penalty – the largest-ever for crimes involving deliberate vessel pollution – related to illegal dumping overboard of oil contaminated waste and falsification of official logs in order to conceal the discharges.

The Department of Justice said the sentence was imposed on Princess Cruise Lines Limited by US District Judge Patricia A. Seitz.

Judge Seitz also ordered that US$1 million be awarded to a British engineer, who first reported the illegal discharges to the British Maritime and Coastguard Agency (MCA), which in turn provided the evidence to the US Coast Guard, the DOJ said.

It said the newly hired engineer on the Caribbean Princess reported that a so-called “magic pipe” had been used on August 23, 2013, to illegally discharge oily waste off the coast of England without the use of required pollution prevention equipment.