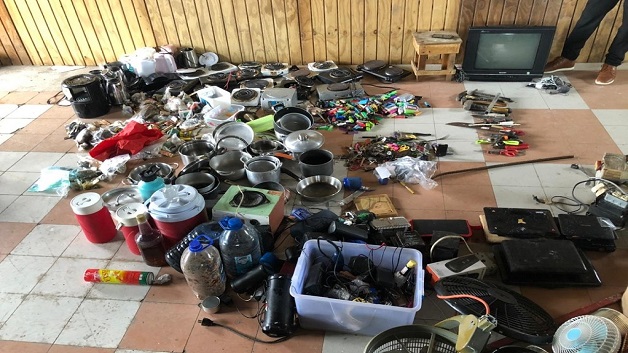 Antigua and Barbuda’s lone penal institution received a major clean-out about a week ago when officers randomly searched the entire prison and found an alarming amount of contraband.

But it took no time for the inmates to replace what was confiscated.

According to the police, more mobile phones were retrieved earlier this week when the cops executed search warrants at the facility.

Sources say the search was linked to break-ins that occurred over the weekend at two telecommunications companies, Flow and Digicel.

The prisoners reportedly escaped from their cells at Her Majesty’s Prison, made their way through a busted roof and ventured onto the streets of St John’s.

It is further believed that the men went to Market Street and used stones to break the glass of the two companies which are nearby to each other.  The inmates are said to have returned after a short while and possibly with trackable cellular phones taken from the stores.