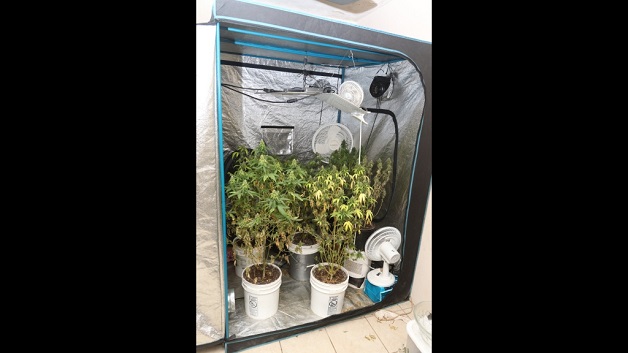 Six suspects were arrested by the Bermuda Police Service (BPS) in connection with a large haul of drugs they seized earlier this month.

BPS reported today that its Drugs Unit along with the Serious Crime Department, Financial Crime Unit and Tactical Division executed search warrants on August 4 across five residences in Smiths Parish. They seized a quantity of cocaine and heroin, ecstasy and cannabis along with BDA$25,000 in cash.

Police seized two hydroponic systems, designed to grow Cannabis indoors, as well as a number of high value goods suspected to be acquired from the proceeds of criminality. Eight illegal dogs were also removed from the homes.