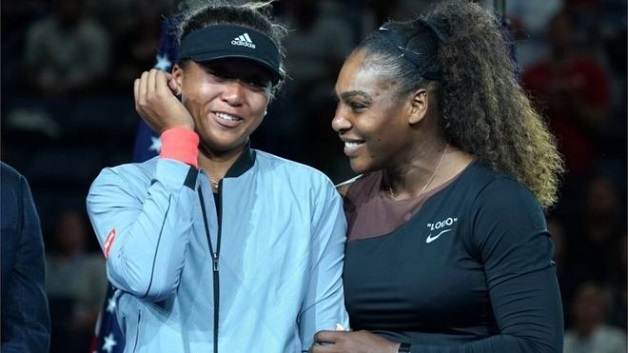 An Australian cartoonist has defended his depiction of Serena Williams at the US Open, after the image went viral and was criticised as racist and sexist.

The cartoonist denied it was racist, saying he had intended to depict only the tennis player’s “poor behaviour”.

Williams sparked controversy during her loss to Osaka, whose father is Haitian and mother Japanese, when she accused the umpire of sexism and being a “thief”.

Meanwhile, a third European club competition could be introduced alongside the Champions League and Europa League from 2021, according to the head of the association of Europe’s biggest teams.

European Club Association (ECA) chairman Andrea Agnelli, who is also on Uefa’s executive committee, said the “the green light has been given”.

He did not give any more details on how the tournament would be organised.