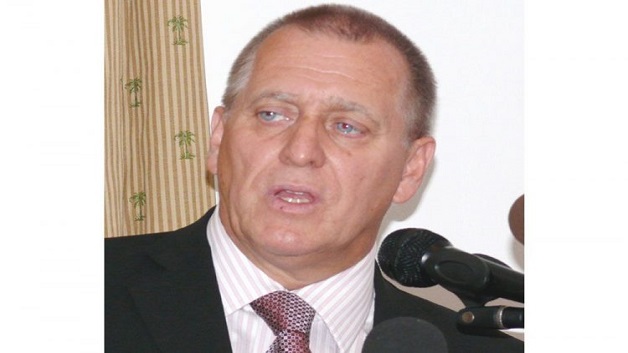 A British court has convicted a naturalised St Vincent and the Grenadines national, Dave Ames, in connection with a GBP226 million fraud.

Ames, the British-born former chairman of Harlequin, the company that owned the former Buccament Bay Resort on St Vincent and the Grenadines, will be sentenced in September.

The Serious Fraud Office (SFO) successfully convicted Ames, who was behind the fraud involving celebrity-endorsed luxury resorts in the Caribbean, including Buccament Bay Resort, according to a press release issued.

The FSO said that a jury at Southwark Crown Court found Ames, 70, guilty on two counts of fraud by abuse of position.  He had offered no evidence in his defence.

An SFO investigation uncovered how Ames deceived over 8,000 United Kingdom investors in the Harlequin Group, a hotel and resorts development venture. The statement said victims were led to believe they had a secure investment in property whereas, in reality, Harlequin Group was never operating as promised.

In St Vincent and the Grenadines, in June 2016, Ames fled the jurisdiction and returned to the UK after being summoned to court to answer to tax evasion and theft charges.

Ames is alleged to have either stolen, or evaded the payment of EC$8,282,792.28 representing monies owed to the government from value added tax and income tax receipts, as well as customs dues.

He fled St Vincent by boat two days after being summoned to appear in court in June. The prosecution withdrew the charges in 2018, saying that was the better option than having them dismissed by the court.

Once a charge is withdrawn, the prosecution can lay them again in the future.

In 2020, the government acquired the former Buccament Bay Resort, which was closed in December 2016 and sold it, as well as additional surrounding lands to Sandals Resort International for US$17.5 million.