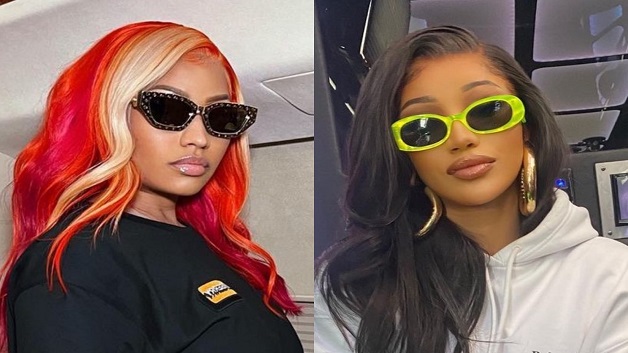 Cardi B is denying that she had anything to do with the recent drama surrounding Nicki Minaj after a troll account reportedly claimed to be her ex-assistant and was dishing dirt on the rapper.

The account popped up days ago on Instagram under the name of a label executive and using the photo of a Business Insider journalist while sharing several allegations about Minaj and her husband and also sharing information about the rapper’s life.

Nicki Minaj, who had addressed the troll account, claimed that it was an attempt by another fan base to execute their plan to take her down. While she did not call names, it is widely known that she and Bronx rapper Cardi B do not particularly enjoy a relationship due to their past rivalry. Fans have also continued the drama as they find ways to compare and pit the rappers against each other and this latest incident with Nicki say the Barbz throwing shots at Bardi gang fans.

Cardi B denied that she had anything to do with it as she defended herself, noting that she was asked by bloggers for input on the “tea.” She said all of it is false as the troll account also made allegations that Minaj was recorded speaking ill of Cardi’s children.

In a rare moment, Cardi says she did not believe the account and called the claims lies.