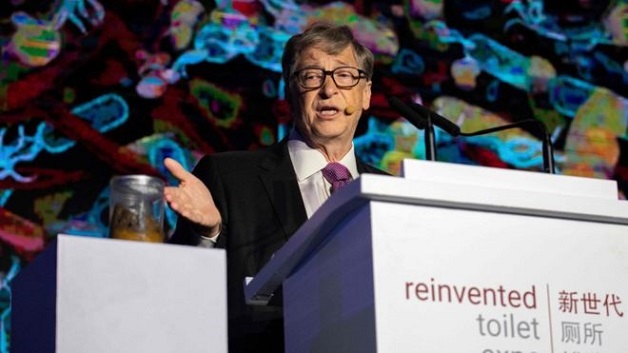 The stunt was part of his speech at the Reinvented Toilet Expo event – a showcase for new toilet technologies.

The Bill and Melinda Gates Foundation has spent more than $200 million on researching the field across the last seven years.

According to the BBC, the entrepreneur was helping to launch the three-day event in China – where China’s leader has made a so-called “toilet revolution” across the country a policy priority.